This article details the results of the most recent QATC quarterly survey on critical quality assurance and training topics.  Over 50 contact center professionals representing a wide variety of operations provided insight regarding the recruiting and development of quality assurance analysts.

The largest number of participants is from call center operations with between 50 and 200 agents.  However, the balance is widely dispersed across all ranges. This mix of respondents provides a broad spectrum of call center sizes. Healthcare, insurance, and “other” have the largest representation but there are participants from a wide variety of industries.

Respondents were asked how many personnel are employed in the QA operation.  Over 80% of the centers have dedicated personnel in the QA department, with 39% having 3 to 6 people, 27% having more than 6, and 18% having 1 or 2 people.  The remaining 18% of respondents have QA done by supervisors and others on a part-time basis.  These latter centers may be those with the smallest number of agents. 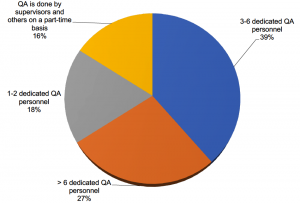 Prior Roles of QA Personnel 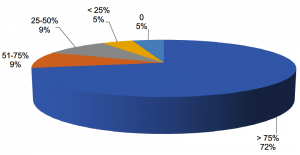 Prior Experience in Other QA Organizations

Respondents were asked what percentage of the QA staff had come to this role from another QA organization.  Almost half (48%) indicated that they had no staff that met that description, while another 41% indicated that they had less than 25% that had come from another QA organization.  This suggests that most of the movement into the QA department comes from within the center and may represent a development or promotional opportunity. 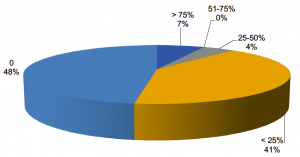 Movement from QA to Other Departments

Survey participants were asked how many of their QA staff have moved to other departments in the organization in the last three years.  Almost two-thirds (64%) indicated that they have had 1 to 3 people move out of QA into other department in the company.  Another 7% have had more than 4 personnel make that change.  However, 29% indicated that no movement out of QA into other company roles has been experienced.  While stability in the QA department is desirable, there is also significant value in utilizing this department as a developmental opportunity to prepare personnel to move within the organization.  Part of that value can be having personnel throughout the organization with an appreciation for the contact center and the important role it plays in the company’s success. 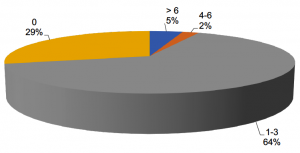 The respondents were asked what development opportunities are offered to the QA Analysts.  A wide variety of options were mentioned with external and internal training chosen most frequently.  College tuition reimbursement and industry/vendor conferences were less frequently selected. 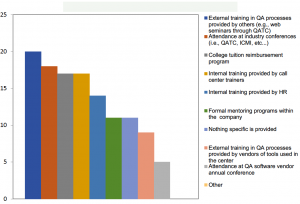 Respondents were asked to suggest changes they would like to see for the development of career paths for the QA personnel.  The answers indicate that there is general frustration with the lack of a defined path for these people and few resources to draw upon.  Some would like to see promotional opportunities as well as lateral moves.  Training in analysis was another suggestion.  Having sufficient budget to allow QA analysts to access vendor training on the tools used in the center as well as industry conferences would be helpful.

This survey provides some insight into the role of the quality assurance analyst with regards to prior experience and career path.  Most centers find their QA analyst personnel within the organization and their next role is likely to be within the center as well.  Developing a formal career path plan for QA personnel is important not only in recruiting people to these roles, but in providing the support and training needed to be effective.  Tapping into external offering such as training from QATC and other training companies as well as vendor training on the tools used in the center can be helpful in ensuring these analysts are fully prepared for the current role as well as their future positions.  This needs to be included in the budget development process.

We hope you will complete the next survey, which will be available online soon.